Most awaited iOS 10 has announced by apple at their annual WorldWide Developers Conference 2016, held on 13th of June, 2016. According to apple, latest iOS 10 will be a free software update for everyone and public testers will be able to take part of iOS 10 betas for a spin later this summer, in July. The new iOS 10 supports any iPhone from the iPhone 5 onward and additionally all iPad and iPod touch devices without iPhone 4, 4s and original iPad mini. 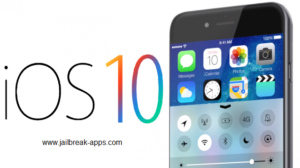 iOS 10 available for public beta testers and developers this July

The latest iOS 10 will be enter to the beta program in July. According to Cupertino firm, in this July, iOS 10 will be available for public beta testers who have signed to the apple beta software program. And it will become public available in September of 2016. Every beta testers will be able to download first beta version of iOS 10 from apple developers center as the freeware. This three or four moths gap between iOS 10’s official release date, it gives developers a chance to fix any bugs and add new features.

iOS 10 is the tenth major version of iOS. Now you have a question that will it work on your existing hardware? Please note that if you are still on the iPhone 4s or original iPad mini and you need to run iOS 10, it feels sad to say you that you are impossible to run iOS 10 on your device. Here is the list of all apple devices that can be run on iOS 10 :

First to download iOS 10, make sure that your device is compatible or not to run on iOS 10. The major iOS 7 was announced for all iPhone models including iPhone 4, but iOS 8 and iOS 9 dropped down iPhone 4. So it is not surprising that iOS 10 has leaved supports for the iPhone 4s, iPad 3 and original iPad mini.

Usually, apple has been scheduled their annual WorldWide Developers Conference every June. This annual meeting focuses to release their new iteration of iOS. According to this regulation, they have unveiled about iOS 10. It will be entered to its beta testing period since July. We would expect to see the final interface of iOS 10 in 2016, September as previous iOS releases.

iOS 10 has very big future. iOS 10 is an absolutely brand new iOS software. So we sure that it will become with enhanced security system included ability to kill jailbreak possibility. So iOS 10 jailbreak possibility is minimum at this point. But it is absolutely necessary for billions of cydia fans. Do not leave your hopes. Wait for more.