If you are frequently switching between keyboards in your typing this is a great option you can try on your jailbroken iDevice. LetMeSwitch Cydia tweak can make your switching faster and trouble free with your iOS keyboards.

When we consider about 3rd party keyboard use in iOS, there were problems with its switching, as it only allowed you to get with the next keyboard instead of what you actually looked for. Even though it seems nothing much for ordinary keyboard users, those who look for different typing in between the notes feel distracted with this. So making you no more worried, a jailbreak tweak has now arrived to make switching from a third party keyboard to another different keyboard you wished, easier and trouble free than never before.

“PoomSmart” iOS developer holds the full credit for this smart concept, in fact he has brought the solution knowing why users faced irritating when switching third party keyboards and identifying that has been a reason why users are not satisfied with iOS keyboard switching.

Third party iOS keyboard problem will be no longer to suffer 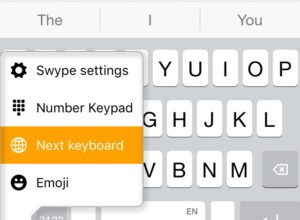 When you are using third party keyboards in iOS, you will face irritating when switching between keyboards, in fact it allows you to switch in to the next keyboard instead of what you want. So quickly getting either Emoji or English keyboards are quite time taking and difficult with iOS. In that way this Cydia tweak can make a big difference in the way it was up now. 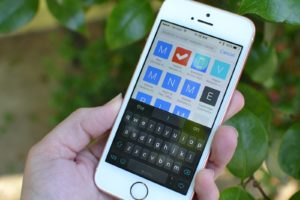 This keyboard switcher tweak in Cydia is a must have tweak in your jailbroken iOS. In fact everybody should have experience this amazing feature which lets you easily switch into the keyboard you want instead of wasting your precious time.

At the wrapping up LetMeSwitch Cydia tweak can be introduced as a golden option to grab from Cydia. For more it is available to get from BigBoss Cydia repository for free of charge. It does not feature extra configurations, so you can easily switch in to your best loved keyboard from any iOS third party keyboards without any complications. As this jailbreak tweak works on both iOS 8 and iOS 9 jailbroken devices, it will come supporting most of the latest iDevices. So you can now start seeing how inspiring this is to work with multiple keyboard support with easy switching.